I read a lot this year. (Who am I kidding, I read a lot every year! And I love it!) These were my favorites–the top ten out of the 100 or so that I finished. So, if you haven’t read ’em, you should do so immediately!

1.) The Meaning of Night: A Confession, and The Glass of Time; Michael Cox

I wrote about these back in May (read what I said then here.) Amazing books, and on my “2015 reread” list. Apart, they’re excellent, but together they create a world of intricate layers of revenge, inheritance drama, romance, and deceit. Highly recommended.

2.) The Amazing Adventures of Kavalier and Clay; Michael Chabon

I wrote about this book here and here. Loved it, will reread. I’m always impressed by books that illuminate something–not that there is a direct causal line between Hitler and the American golden age of comics, but that the darkness, perhaps, explains a bit of the popularity.

Besides any sort of illumination, it’s an excellent story. Joe’s escape from Prague, Sammy’s navigation of streets, the success and failure that they both experience–all such good stuff.

A wealthy widow dies in San Francisco in 1919, leaving truly shocking memoirs. I liked the voice of the narrator–she was charming and irreverent–but I absolutely loved the world that was traced. San Francisco in the late 19th century… just ridiculously fascinating.

4.) All the Light We Cannot See, Anthony Doerr

I read All the Light way too fast (one huge gulp on summer vacation), so this is one that I intend to read again in 2015. Even with the ridiculous pace, this is one I loved. Marie-Laure is blind, and negotiates her neighborhood by memory after her father makes her small model of the streetsaround. Werner is a wunderkind with electronics, and is so drawn into the Hitler Youth movement. The novel is huge, sprawling, resists summary. But excellent.

I absolutely love these books. I’ve read the first two any number of times, but since the last came out this year, it makes the list.  I grew up on the Narnia books and Lewis’s immersed theology was close enough to my Baptist missionary parents’ that it didn’t even register as a message. OF COURSE the lion dies on the altar and is resurrected… what else?

So these books are a little like coming home, but coming home as I am now, disillusioned about the quest and the purpose, just trying to survive in the great, wide world. That perhaps seems a bit overly dramatic…. but the move from purposive fundamentalism to randomization is difficult, and what I love most about these books is the portrayal of that awakening. I like the arc of the series: an initial dependence on an alternate world to save you, to give your life meaning, then the ultimate realization that that whole idea is a bit preposterous and it takes a little more work to find meaning in the mundane. Love. Melanie’s school is a little different. To begin with, everyone seems to be afraid of her and the other students–the teachers maintain a space between themselves and the children, at night they are locked into metal cells, the soldiers seem to be in charge of everything. And every-so-often, one of the other students disappears.One day, the soldiers come to take Melanie away… and then, all hell breaks loose.

I started this book about fifteen minutes before bed and finally went to bed 70 minutes later, only to wake up repeatedly to consider whether it was worth getting up to finish or just to wait until morning. The story is really great, but the narrative voice is possibly even better.  Melanie’s struggle to piece it together was just so real, everything that happens… I hate spoilers, so nevermind, but this was great.

7.) The History of Love, Nicole Krauss

Absolutely amazing. Up there with The English Patient and The Hours.

Leo Grutsky has survived many things. He’s survived war, and famine, and disappointment, and a new life, and love. Now, he just focuses on surviving the day–he lives alone, but doesn’t want to die on a day that he hasn’t been seen. So he draws attention to himself–spilling coins in line for coffee, colliding with a display at the corner shop–anything to remind the world that he still exists.

Alma Singer is worried about her mother. Her father died two years ago, and her mother has walled herself behind the books: books that she loves, books that she studies, books that she translates. One day, a work order for the translation of The History of Love arrives at the house. The book is part of the family lore: her father loved it, gave it to her mother, Alma is named after a girl in the book.

Leo dreams of his long-lost Alma, and Alma tries to keep her family safe, and their stories are inexorably drawing them together.

I’m took a creative writing class last semester, and it was odd. I’m so used to talking about books–that’s all I do, actually–but my primary focus is always the themes and power structures–not necessarily how an author creates . So in reading this I was especially focused on the structure of the stories–what is suggested, what emotions are felt but not identified, what is left in the reader’s mind to imagine, what is actually told… all of that. And wow, is this a beautifully written book. Kind of dreadful–there are emotions, pain, that I just don’t want to read about. I don’t want to feel it, even through the lens of an imagined character. The loneliness. Betrayal. Guilt. Confusion. Most of all, the loneliness. I think that’s the overwhelming feeling that I came away from this book with–the solitary condition of mankind. Everybody’s story is one that no one else knows. Even the one living their solitary life alongside yours–there are depths of feeling and minor hurts that they’ll never know, never understand, pebbles of hurt that make all the difference. And not just the solitude, but the recognition of loneliness. The effort, or the longing, for a connection. The tension between a desire for privacy and a desire to live a communal life. The self is conceived of in relationships.

I think that’s why Olive, the character, is such a masterpiece. The book as a whole is excellent, I love the structure, though it took me a few stories to really get into the groove. But Olive–she’s so flawed, but so individual. So unique. Completely relateable, not in the way that ‘she is like me’ but in the way that we all have these little potholes of irreconcilable emotion, of the bits of us that just don’t make sense, that are as unique and as individual as a crooked tooth.

9.) The Storied Life of A. J. Fikry, Gabrielle Zevin

A. J. is a bookseller on a remote island off the Massachusetts bay. He moved there with his wife, who grew up there–since her death two years ago, he has become more and more of a recluse. He dreams of selling a first edition and escaping… but before he can, everything changes. The plot is great, but more than what happens to A. J. is how he sees the world–he explains and understands the world through his favorite books–short book reviews intersperse the chapter and tell as much about the character as it does the world being painted. I particularly loved the way Zevin talks about books, the love of books, the way you inhabit your favorite books, how the stories you read are as real to you as anything else in your life. 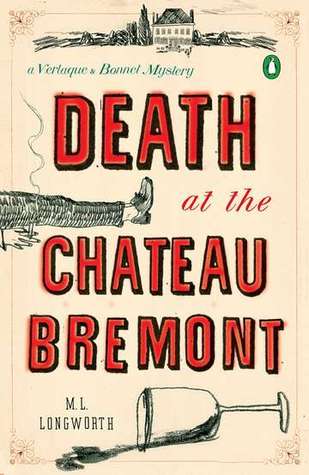 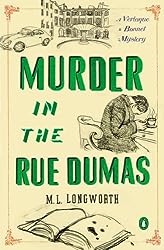 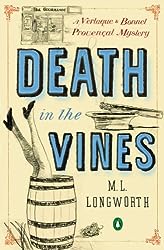 These books are really great. Antoine Verlaque, the chief magistrate of Aix, and his on-again, off- again love interest, law professor Marine Bonnet, investigate crimes around the countryside in southern France. Longworth does such a great job of writing the relationship between Bonnet and Verlaque. You get both perspectives, both seem like individuals–neither is just a foil to round out the primary character. I started these because the covers were just so cool, kept reading because I liked the setting (a critic said that Longworth does for southern France what Frances Mayes did for Tuscany–since I love Mayes, these were a no-brainer), but I’ll reread because of the relationship. Good stuff.

And finally, the incomparable. So many quotable lines, so much funny, so much insight. She talks about feminism. And sex. And more feminism. So good.