Lands End was built by a newspaper editor in 1902; rumor has it that this is the house F. Scott Fitzgerald had in mind when he wrote The Great Gatsby. It was demolished earlier this week.

I find this incredibly sad. I have absolutely no conception of what kind of finances a mansion like this would require. Rather significant, one can assume. But still, seems a shame.

There was music from my neighbor’s house through the summer nights. In his blue gardens men and girls came and went like moths among the whisperings and the champagne and the stars. –The Great Gatsby 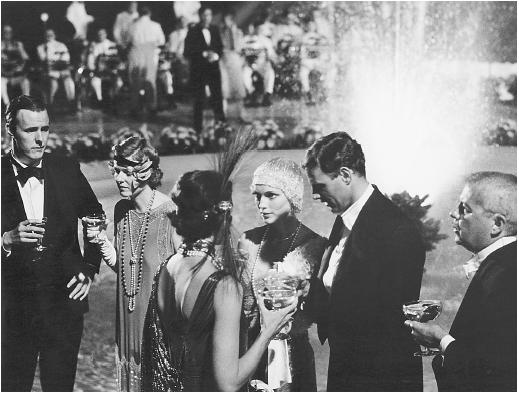 Gatsby’s house was still empty when I left — the grass on his lawn had grown as long as mine. One of the taxi drivers in the village never took a fare past the entrance gate without stopping for a minute and pointing inside; perhaps it was he who drove Daisy and Gatsby over to East Egg the night of the accident, and perhaps he had made a story about it all his own. -The Great Gatsby 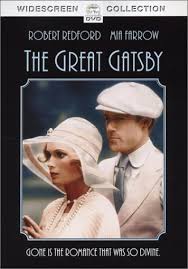 I love the book, but I think I like the 1974 movie just as much. I just love the costumes and set, and Robert Redford will always be Jay Gatsby in my mind. I think the ’74 flick  loses a bit in character development, but the sheer opulence kind of makes up for it.

I’ve never loved Mia Farrow in a role, even in movies of hers that I love (Death on the Nile, Rosemary’s Baby) and her Daisy just annoys me. I just don’t believe in their relationship. I want poor Jay to move on, get a hobby not so drenched in blatant consumerism, meet someone else more worthy of him and get himself a charity to hawk. Sadly, he doesn’t. No matter how many times I’ve watched the movie, he always ends up floating in the damn pool.

But it’s still so fun to watch him get there.

(This is from a full-length comic book adaption that looks insanely cool. More info here.)

Hope you are all having a wonderful  Easter; it’s your civic duty to eat as much chocolate as possible today. Get to it! and…

always look on the bright side of life. (Couldn’t resist, clumsy segue, flagrant sacrilege and all.) (I didn’t try very hard.)